Originally established in response to the disinvestment and rise in crime in Green Bay’s near downtown neighborhoods, the GBN has positively impacted the community and continues to make a difference.

A team of Neighborhood Association Presidents and staff attended NeighborWorks America’s Community Leadership Institute in Los Angeles. This resource guide is the result of that series of workshops and the collaboration of volunteers, NeighborWorks Green Bay staff, and The Green Bay Neighborhoods. More than a year of hard work was invested in this guide designed to help landlords and tenants in Brown County navigate the various resources available to them. To view this guide click here. 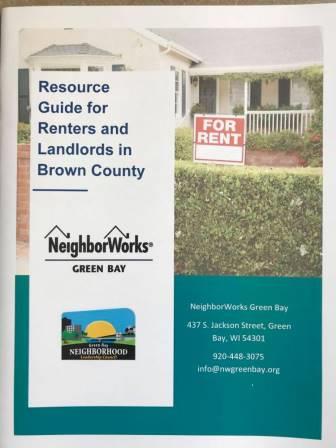 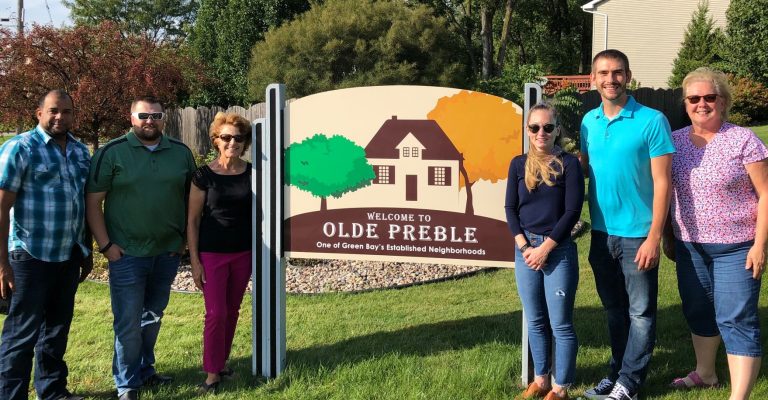 Neighborhood of the Year

If you were to look up Olde Preble Neighborhood Association on Facebook and scroll through all of their posts, you wouldn’t think they are only a year old. In the past year they organized a fantastic and well attended National Night Out event which caught the attention of multiple media channels, collaborated with the Preble Park Neighborhood Association to put on one heck of an Easter egg hunt which also received media attention, organized brat frys, bingo nights, and has developed the best social media presence we have seen in a neighborhood association to date spotlighting neighbors, seasonal décor, home improvement projects, and of course important communications relevant to their neighborhood. Their board has demonstrated they will take any opportunity to improve their organization and become effective leaders by attending the social media training offered by the GBN, participating in the GBN’s Mentorship Program, and sending a board member to NeighborWorks America’s Community Leadership Institute. Congratulations Olde Preble!

Ready to get involved?

“The greatness of a community is most accurately measured by the compassionate actions of its members.” – Coretta Scott King